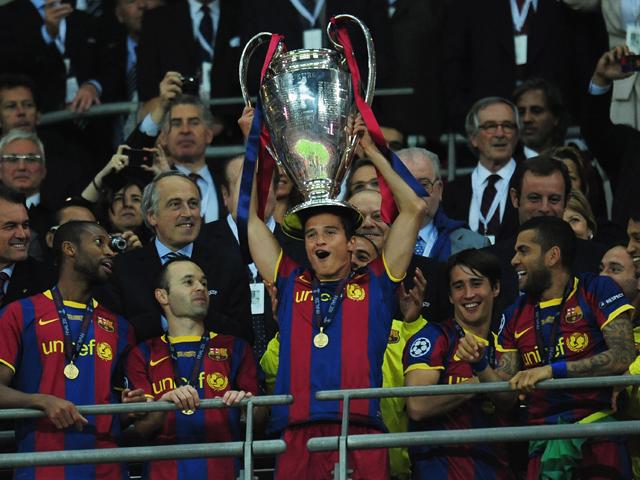 Stoke City have done exactly as they did this time last year – and brought in a former Barcelona player, the club have announced. This time, it’s in the form of Dutch international Ibrahim Afellay.

Last summer the Potters shocked fans from around the country when they attracted Bojan Krkić to the club. Stoke will be hoping Afellay can have the impact his former Barcelona teammate did, although an injury did cruelly rule Bojan out for the majority of the second half of the Premier League season.

Afellay has signed a two-year deal with the Potters after ending a four-and-a-half-year stay with the La Liga champions.

During his stay with Barca he made just nine starts, and spent last season on loan in the Greek Super League with Olympiakos. He had a loan spell with Schalke the year before that.

In total, Afellay featured for the Catalan giants a total of 35 times in all competitions, and scored twice, after joining in 2010.

It’s no secret that Ibrahim was wanted by a number of clubs and we are understandably delighted that he has chosen to join us.

He’s clearly excited about the prospect of playing in the Premier League and the fact that he knows so many players who are already at the Club will no doubt help him settle into his new surroundings.

The Potters’ manager Mark Hughes, a former Barcelona player himself, added him to a squad which now boasts three former Barca players – Bojan who we mentioned earlier, and Marc Muniesa who joined in 2013.

Their opening match of the 2015/16 Premier League season is a home fixture with Liverpool, another club who have strengthened their squad well this summer.

The club have two remaining pre-season friendlies before then, though, with 1. FC Koln and FC Porto to play this weekend in the Colonia cup.

Are you a Stoke fan? What are your thoughts of your new summer signing? Are you excited for the new Premier League season? Let us know in the comments section below.