Hugo Lloris believes his decision to remain with Tottenham has been completely justified, and praised his manager Mauricio Pochettino for helping to progress as a player.

The Frenchman joined Spurs from Lyon in 2012, but after a couple of topsy turvy seasons, which included the sackings of Andre Villas-Boas and Tim Sherwood, left Lloris considering whether his future may lie elsewhere.

To the delight of the Tottenham fanbase, Pochettino managed to convince his number one to stay with the club, and the decision has been pivotal to Spurs’ rise to become title contenders in recent seasons. 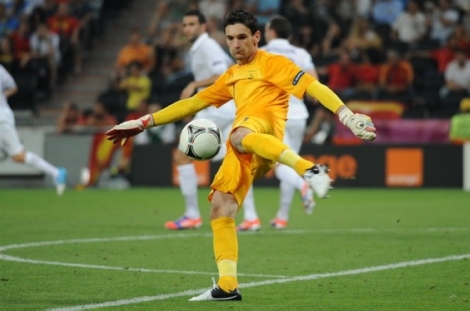 “Does it justify my decision? Yes, from the first moment I believed in Pochettino, and that’s it,” Lloris said.

“I don’t need that [result] to say ‘yes, I was right at the time’. It was just my feeling when I met him.

“Now I just enjoy the football we play. Sometimes in football, you live great moments, and you live some sad moments.

“But there is a great potential in the squad, a great project in our club, and I am looking forward to seeing this development. I try my best to help the team and the club to develop too.”

Tottenham sit level with Madrid on seven points in Group H, six ahead of Borussia Dortmund and Apoel Nicosia at the halfway stage.

It is a far cry from their string of disappointing seasons in the Europa League and even last year’s displays in the Champions League, when Spurs failed to make it out of a group that included Monaco, CSKA Moscow and Bayer Leverkusen.

“This is what I said to them, to my team-mates: ‘Don’t forget that three years ago we were still in the Europa League’,” Lloris said.

“Last season we discovered as a team the Champions League but we were very disappointed with the performances that we had.

“I think we built a strong confidence from the start of this competition, with a good win against Dortmund, we confirmed that win in Nicosia, and you can see Dortmund drew [there] so it’s not an easy place.”