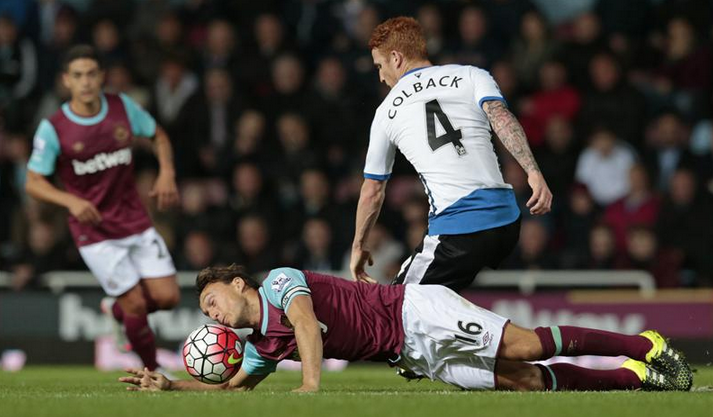 It’s not a great time if you support either of the Premier League’s North East clubs. Newcastle slumped to bottom of the Premier League last night following their 2-0 loss to West Ham at Upton Park, whilst Sunderland move up one place above their bitter rivals despite both clubs having just two points, and a minus five goal difference.

Dimitri Payet scored a goal in each half in last night’s game, with the first a super curler from 25-yards out – and the second coming courtesy of a missed effort from Victor Moses, which bounced nicely off the cross bar for Frenchman to slot it away.

Newcastle offered little to nothing going forward once more, and their worrying end to last season – and start to this one, has fans questioning whether they will be able to avoid the dreaded drop this time around. The club have scored the least amount of goals in the Premier League this season with a measly two going for them, whilst boss Steve McClaren is still without a win since taking over in the summer.

West Ham fans jokingly took advantage of the situation of their opposition today, and their London rivals, by chanting “You’re going down with the Chelsea!” at points during the match. I’m sure Jose would appreciate the chant!

The team arrived to Upton Park late, something McClaren noted in his post match press conference.

“We didn’t do what we’ve been doing for the last four games. I don’t know what it was, whether it was the journey and the delay, I don’t know.

It wasn’t the best preparation and we had 10 minutes to warm up, and in the first 10 minutes you could see. We said no excuses but it wasn’t our level and it was a wake-up call for everyone.

You have to be 100 per cent for every game. You could see they were really going or it with the first goal and we didn’t match that. Our final ball, final cross, and final touch wasn’t of the quality of West Ham, which is why we lost.”

Newcastle face Watford on Saturday at St James’ park in what could already be classed as a relegation six-pointer! Crazy!