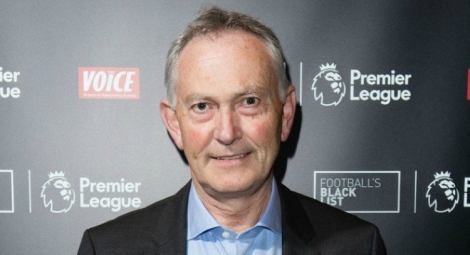 The biggest change to the transfer market in British football in 15 years has taken place, with 14 out of the 20 Premier League clubs voting for the decision to shut the transfer window early.

The decision comes after a meeting was held in a London hotel where representatives from all twenty clubs in England’s top flight took part in the vote.

It has been revealed that 14 of those clubs voted for the transfer window to shut early, while five clubs voted against the decision (Watford, Crystal Palace, Manchester City, Manchester United and Swansea). With one club abstaining from the vote which was Burnley.

The window will now close on Thursday 9th of August 2018, two days before the first fixture of the Premier League season will be played.

The rule will be implemented from the 2018 season onwards and states that Premier League clubs will not be able to buy players from the 9th August onwards. However they are still permitted to sell players to other countries whose transfer windows stay open throughout August and into September.

While this decision has been taken by the Premier League, it still remains to be seen what the EFL decide to do. The window for EFL clubs will remain the same until a similar vote is undertaken by all 72 football league clubs.

On the vote Premier League executive chairman Richard Scudamore told Sky Sports News: “There was a big concern that the Premier League has been playing two or three match rounds with a degree of uncertainty between themselves.

“It wasn’t unanimous but nobody was pathologically angry about the situation. But there were some concerns by some clubs that, although they wouldn’t be able to buy any more players, their players could still be picked off by those who haven’t closed their windows. It just meant they couldn’t support it.

“We did have managers’ meetings before the season started. The managers are very strong on it. Almost all of them were in favour of shutting it earlier. The clubs just think it’s wrong that, going into the first game of the season, they could be playing against a player that, a few weeks later, could be playing for a different club.”

The decisions comes in the midst of a number of Premier League stars who were unable to move clubs in the transfer window and now have to wait until January to secure their moves.

Arsenal’s Alexis Sanchez, Chelsea’s Diego Costa, Liverpool’s Philippe Coutinho and Southampton’s Virgil van Dijk are just four of a list of players who have not played as they have pursued exits from their respective clubs.

Due to the World Cup in Russia next year, the decision comes at a very time restricted moment. While clubs will still be able to buy and sell players in the tournament, as everyone knows it is notoriously difficult to do this. After the conclusion of the World Cup, clubs will only have 25 days to conduct business.

On a possible decision to shut the window before the season starts, Arsenal manager Arsene Wenger said: “It’s important that we close all that stuff before the championship starts. Players have no clarity. Are they in? Are they out? Will they be tapped up on the afternoon of a game? It’s not the way to work.”

Everton manager Ronald Koeman commented before the announcement: “If we do it in the Premier League and the rest of Europe don’t do this, still we have a problem. The best is before starting the competitions, stop the transfer window because it’s very silly.”

Manchester United chief Jose Mourinho believes that any decisions made won’t give English clubs an unfair advantage, saying: “The risk is minimal and even those powerful clubs have to know if we can’t buy players we’re not going to sell.”

While the reaction in England has been mixed, in Europe the decision has been seen more positively with Giuseppe Marotta, the director general of Italian champions Juventus, backing the Premier League saying he wants to see Serie A go a similar way.

He said: “It was a decision that I had been waiting for,” while Roma sporting director Monchi also said the move was a “right and logical decision. The Premier League’s decision to end the transfer window early is wise. Now we have to extend the discussion to a European level.

“It’s the right choice. Having such a long transfer window creates turmoil, a well-run club succeeds by planning out a transfer campaign. The transfer market has to be limited, you can’t have players moving when the leagues have already started.”

Whatever the case come 2018, the way in which Premier League clubs can do business will just be as interesting. However the question people will now be asking until the close of the window, will be, has it worked?